'Hide-and-seek' must end - parliament should be transparent on lobbying 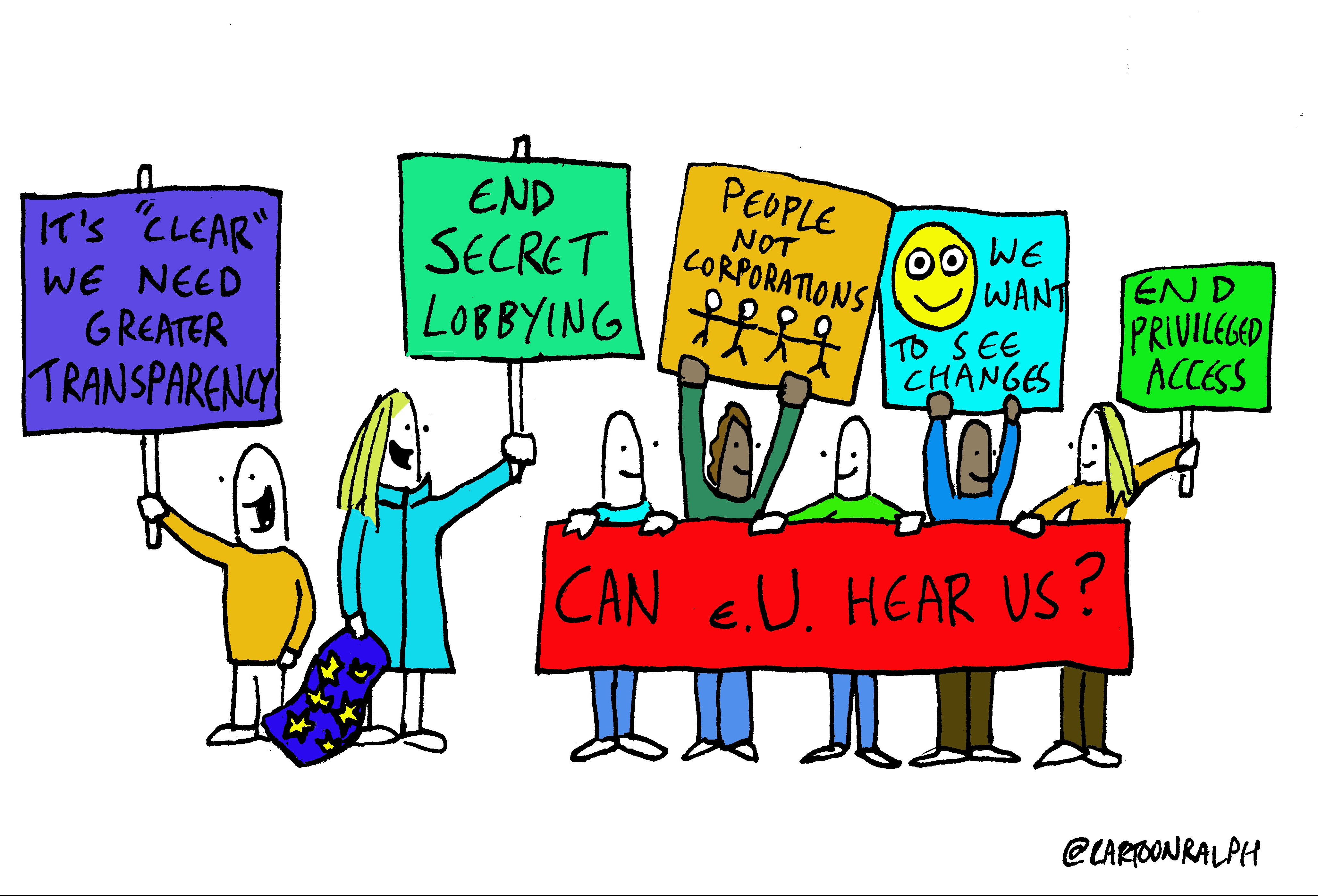 Update: In December the European Parliament's constitutional affairs committee approved the rules with a majority of 11-10. This was a tight victory but a victory nonetheless.

Now, the rule will have to be voted in Plenary, currently scheduled for the end of January. It will be hard to win this vote. Politico EU has already reported that the Parliament's biggest block, the EPP, is considering to demand  a secret ballot which would make it impossible for journalists and citizens to know who supported and who rejected these improvements to lobby transparency.

We will need all the help we can get, so if you support more lobby transparency, write to your MEP and ask them to vote for it. You can find their email address here: http://www.europarl.europa.eu/meps/en/full-list

The following text from December is a quick reminder of why it matters.

'Hide-and-seek' must end - parliament should be transparent on lobbying

On Thursday (December 6), the constitutional affairs committee (AFCO) of the European Parliament will finally have a crucial vote on changes to rules of procedure that govern MEPs.

The stakes are high.

This vote could not only bring about crucial progress on the accountability of MEPs to the citizens they serve; it could also determine the future of the EU Transparency Register.

This is the last opportunity for parties who promised transparency and relevance to citizens to start making good on their political promises in this electoral period. But will they actually do it?

Two years ago the EU Commission put forward a proposal for a "de facto mandatory" lobby register for the Commission, Parliament and Council.

Since then, both the council and the parliament have been blocking real progress, rejecting most of the commission's proposals that would apply to them.

The debate started at the political level but it soon became a battle of the legal services.

While the council argues that member states cannot be bound by an inter-institutional agreement, the parliament refused to follow the commission's "no registration – no meeting" rule (according to which only registered lobbyists can have meetings with political decision makers).

MEPs argued it would clash with their 'Freedom of Mandate'.

Independence is an important right for MEPs, and is enshrined in the statute of the European parliament.

MEPs hence argue that they should be free to meet anyone they deem appropriate in order to shape their political positions. The parliament's legal service has confirmed this view.

In the end, there were not many offers from either the council or the parliament apart from voluntary or not very far-reaching measures that would still allow unregistered lobbyists to lobby under the radar.

This summer, the commission thumped on the table and decided to postpone the negotiations until the other institutions show real will for committing to the commission's proposal for lobbying transparency.

Luckily, there are still many MEPs in the European parliament who want to close the legislative period with a proper working EU transparency register.

In order to make the negotiating process move again, Richard Corbett, rapporteur for the reform of parliament's rules of procedure, with the support of MEPs like Sven Giegold from the Greens, have put forward a promising amendment: a duty for office holders like committee chairs, rapporteurs and their shadows to publish their meetings with lobbyists.

This would make MEPs who co-author EU laws more accountable to their voters by showing who influenced the laws that apply to them.

Still deep in the shadows

Committing to this instrument of obligatory transparency goes beyond bringing more accountability to the parliament.

This way, MEPs would also allow the negotiating process of the transparency register to continue.

This is hugely important because it would finally bring in the institution who is the real player in the shadows: the council of the European Union.

Finally obliging the council to give at least some insight about who lobbies it, would mean a step further towards accountability for this powerful and opaque institution. It is in the hands of the parliament now.

All eyes on EPP

The role of the European People's Party (EPP) will be decisive.

This will be particularly be the case in the plenary vote following the AFCO vote in the last plenary week of the year (11-13 December), where an absolute majority is necessary.

It will be difficult for the motion to pass without the support of the parliament's biggest group.

The EPP has had a regrettable role in recent years in delaying and voting against measures enhancing transparency and accountability for MEPs, such as a ban on lobby side jobs for MEPs.

Legal concerns have very often been the argument.

But now parliament's lawyers have declared the duty to disclose lobby meetings for MEPs with special roles to be in line with the freedom of the mandate.

So instead of trying to further delay and in doing so hampering democratic decisions, MEPs have to put their cards on the table now: are they in favour or against accountability to the citizens they serve?

Are they in favour or against an at least passably de-facto-mandatory register which makes all three institutions accountable?

In October the EPP announced in Helsinki the need to "increase citizens' trust in our institutions".

So now is the time to show if these words are only an empty shell or whether all groups are serious with their transparency promises. If the promised lobbying transparency does not come about in the end, this will be perceived as a serious failure of all three EU institutions.

This blog first appeared on EUObserver on 5 December 2018.