Lobby transparency: the devil is always in the detail 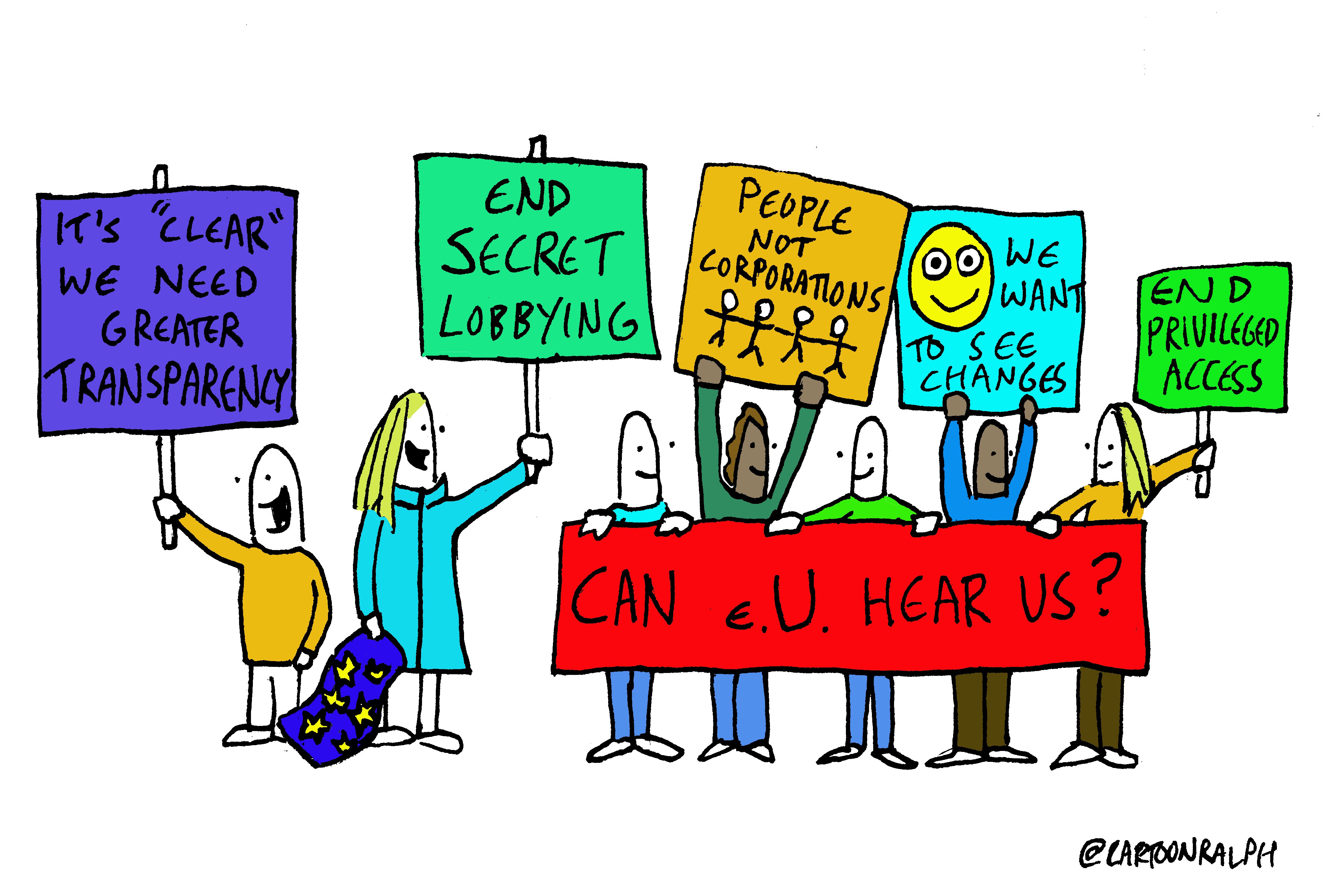 ALTER-EU examines the Commission's recently-published proposal for a revised lobby transparency register and finds that the idea to fundamentally change the definition of lobbying could lead to less, rather than more, lobby transparency in Brussels.

In September, the Commission finally launched a proposal for a so-called ‘mandatory’ lobby transparency register. The immediate reaction from civil society and media focused on foreseen concerns with the proposal: it was not truly mandatory, most of the Council would be excluded, and the Commission failed to come forward with new commitments to ban staff from meeting with unregistered lobbyists.

Now the dust has settled on that initial response, ALTER-EU exposes even greater concerns around major changes to the definition of lobbying and disclosure requirements that could completely undermine efforts for greater lobby transparency.

As they say, the devil is in the detail…

What is – and is not – lobbying

When the Commission launched its proposal it said that, in the recent public consultation, “the Register's broad definition of lobbying activities was deemed appropriate by most stakeholders”. We agree; in fact ALTER-EU said in its own response that the current broad definition was one of the best things about the current register!

Yet, buried in the detail of the Commission's proposal is a new definition of what lobbying is, and what activities would therefore require registration in the register – and which would not. And the new proposed definition will substantially weaken the definition of lobbying.

"This agreement applies to activities which promote certain interests by interacting with any of the three signatory institutions, their members or officials, with the objective of influencing the formulation or implementation of policy or legislation, or the decision-making process within these institutions" [emphasis added].

"all activities ... carried out with the objective of directly or indirectly influencing the formulation or implementation of policy and the decision-making processes of the EU institutions…" [emphasis added].

The difference between the two is the removal of indirect lobbying from the definition and this is crucial for several reasons. Lobbying is not just direct contacts between lobbyists and officials (phone calls, letters, emails, meetings and the like), it is also indirect work to influence the views of the institutions and their officials: producing research to influence politicians, media campaigns, events and others. It would be a serious step backwards if the definition of lobbying was slimmed down to only include direct interactions.

Furthermore, what about intermediaries like law firms and lobby firms, which may conduct direct lobbying on behalf of clients, but who also earn substantial fees from the provision of lobbying advice eg. advising on who to meet, the best arguments and tactics to use etc. A definition which ignores this form of lobby strategising would ignore probably the bulk of lobby consultancy work.

And, at a time when the revolving door is prominent in the concerns of Brussels-bubble watchers, thanks to the high-profile moves of former President Barroso to Goldman Sachs International and former Commissioner Kroes to Uber, as well as other moves, a weak definition of lobbying would be a backwards step in this context too. For instance, Barroso has said, in the context of his new role: “I have not been engaged to lobby on behalf of Goldman Sachs and I do not intend to do so”, but he is additionally an adviser to Goldman Sachs and told the Financial Times: “Of course I know well the EU, I also know relatively well the UK environment … If my advice can be helpful in this circumstance I’m ready to contribute, of course.” We do not know exactly what Mr Barroso will or will not do for Goldman Sachs, but in our view it is not just direct lobbying that should be covered by a lobbying definition, but also any indirect lobbying advice and strategy, including that provided by former commissioners, MEPs and officials who have gone through the revolving door.

We know that at the Commission-Parliament consultation event held in May 2016 and indeed in some specific consultation submissions, some corporate lobbyists were angling for a narrower definition of lobbying, especially in the context of a legally-binding lobby register.

But the Commission has rejected the idea of a register based in law. In that case – why this change? The Commission will face a battle if it is serious in wishing to downgrade the definition.

In other areas the register proposal was pretty much as expected.

The Commission’s proposal has made no progress on introducing a lobby register based in law, which would provide the opportunity to levy fines or even undertake criminal prosecutions when the rules are broken. As a result, the register will continue to have only very limited tools at its disposal to combat dodgy data, and only incentives to encourage the unregistered to sign up. The Commission says that its proposal will

“[move] from a voluntary system to one where registration becomes a precondition for interest representation at EU level, by making certain interactions, in particular meetings with decision-makers in the EU institutions conditional upon prior registration.”

By limiting these incentives to what it calls “decision-makers”, the Commission justifies its decision to not extend its ban on meeting unregistered lobbyists beyond commissioners, directors-general and cabinet members. This attempts to divert attention away from lower-level policy-makers, law-drafters and those, like TTIP negotiators, who are in key positions to influence the direction and detail of EU policy, but who remain at liberty to meet with unregistered lobbyists. 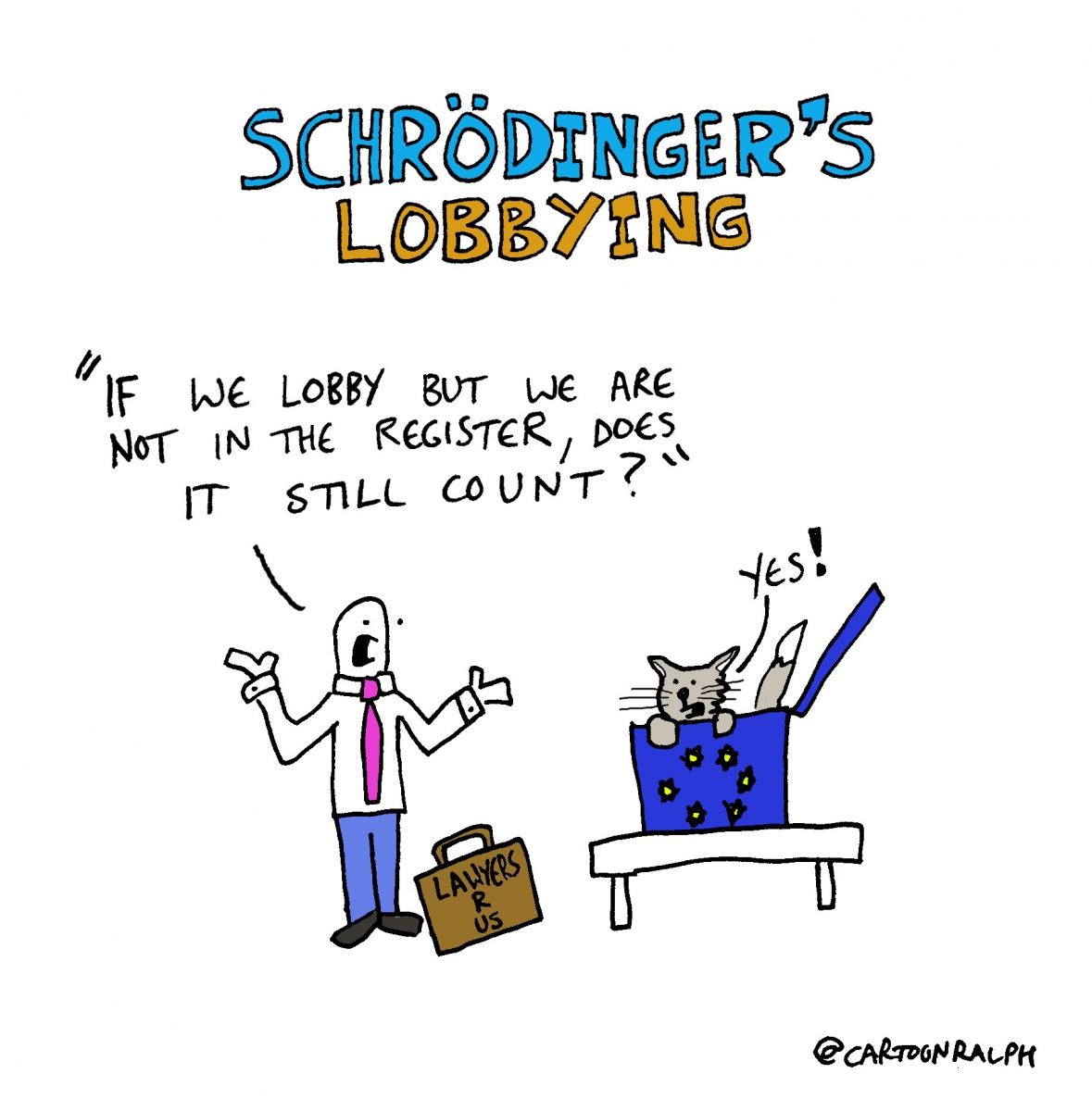 ALTER-EU would meanwhile welcome a decision by the European Parliament to accept the Commission’s proposal that “MEPs, the Secretary-General, Directors-General and Secretaries-General of political groups” do not meet with unregistered lobbyists, but it is hard to see this happening unless the Commission extends its own policy far more widely. 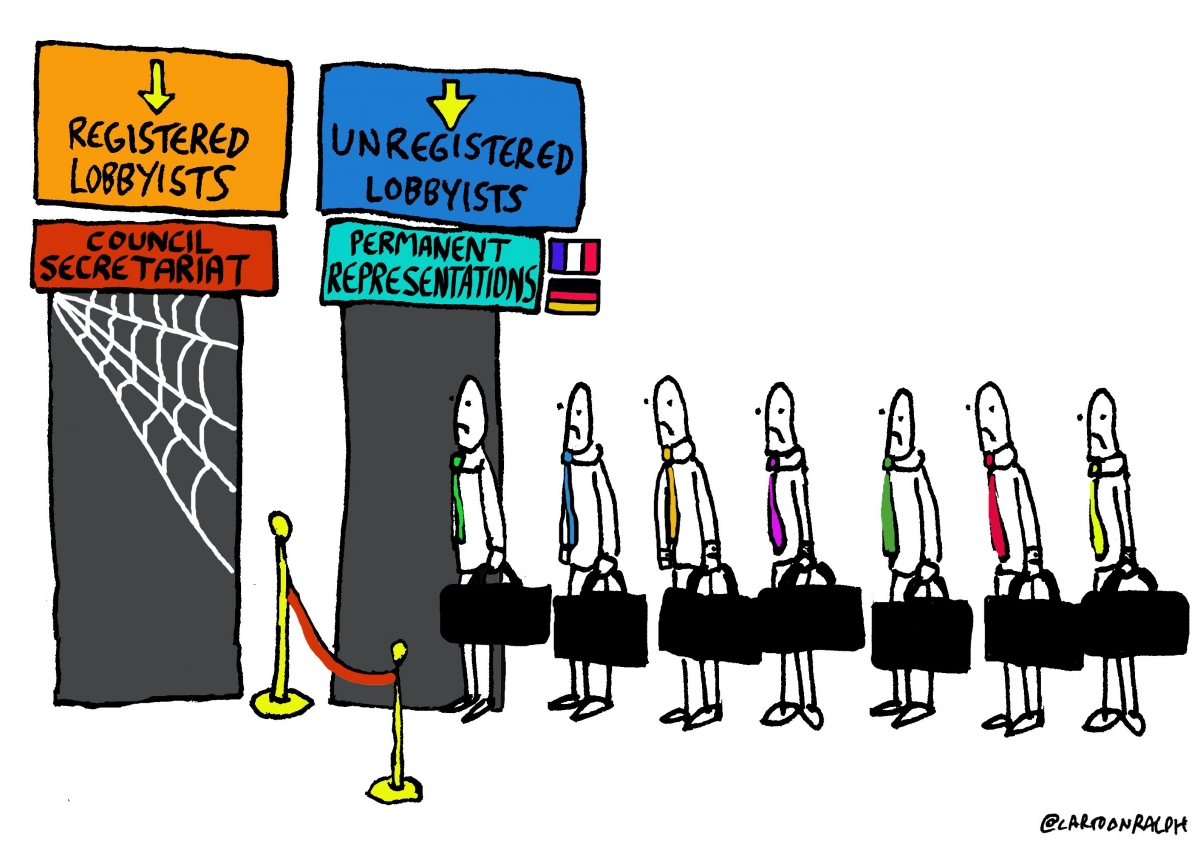 A key demand from ALTER-EU during this lobby register review was that financial disclosures on lobbying should be far more precise, rather than within broad bandwidths. The Commission’s proposal ignores this demand. What is positive is that clients will have to declare their intermediaries (lobby consultancies and law firms) and how much they pay them, albeit within wide bandwidths, while both clients and intermediaries will have a responsibility to check that each other are in the register. 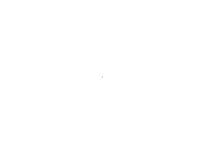 The proposal from the Commission appears to include a greater emphasis on using penalties/ punishments for wrong-doing. However, it seems unlikely that these kinds of penalties (warning, suspension, removal) will really incentivise registrants to improve the quality of the data that they post. And while “systematic ex-ante checks on new registrations” will pick up some of the most serious cases of inaccurate declarations, something far more comprehensive will be needed to deal with the legacy of dodgy data among existing registrants.

There are some other areas where this proposal has failed to tighten transparency requirements. Why tighten funding disclosure by NGOs, while not introducing similar requirements on think tanks (who often receive substantial income from corporations via sponsorship and membership fees)? Why are lobbying organisations not to be forced to declare the commissioners, officials and MEPs they have recruited from EU institutions, to provide much-needed transparency about the revolving door? And why will the register continue to ignore the lobbying that is conducted on behalf of non-EU member states towards the EU institutions? Many lobby firms are employed by such governments, including those with shocking human rights records, to argue their cause and promote their agenda in Brussels. Yet this will continue to occur under the radar, thanks to the ambivalence of the Commission.

All in all, and as we said at the time, the Commission’s lobby transparency proposal is too little too late. The political situation in Europe requires the Commission to do its utmost to regain public trust. This proposal could have been an opportunity to set out a bold and radical programme for transparency and ethics reform, but instead the Commission plans a dilution of the lobbying definition and demands action from others, while making next to no new commitments itself.

Commission Vice President Timmermans will need to pull some impressive rabbits out of the bag when he negotiates with the Parliament and the Council, if he is going to deliver an agreement which makes serious progress on lobby transparency.