NGOs worried about implementation of the common transparency register 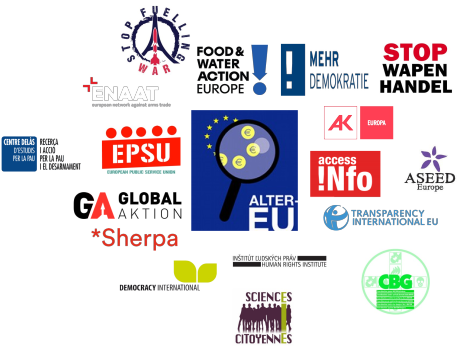 The new common Transparency Register of Commission, Parliament and Council has finally been implemented at springtime 2022. Civil society has in principle welcomed the new register adopted 20 May 2021. It brings about important improvements like the participation of the council of the EU or the fact that lobbyfirms also have to publish the lobbying for governments of non-EU-states.

Lobbying expenses less transparent than before

But the implementation process has raised concerns in ALTER-EU regarding the imformation that must be provided to the register: Reporting requirements differ a lot depending on what kind of organisation is registering and how it decides to register. Lobbying expenses are now less transparent than before. In the view of the network, this risks to undermine the whole EU lobby transparency regime and reputation.

Already in the beginning of 2022, ALTER-EU together with a broad coalition of NGOs (Brief verlinken) – therefore has written to the responsible Commissioner Vera Jourova. In March, ALTER-EU got the chance to discuss its concerns with a member of Jorouva’s cabinet.

With the new register, there is a new disctinction between organisations categorising themselves as representing commercial or non-commercial interests. Why this is good in principle, the problem is that organisations representing non-commercial interests don’t have to give a lobby budget anymore, but instead their general budget. This deprives the register of an important function for the wider public and will lead to misunderstandings. Many people will mix up - be it intended or unintended - the general budget of non-commercial organisations with the lobbybudget of commercial ones. This will make bigger NGOs with subsidiaries in many countries look similar strong as big companies to inexperienced observers. The lobby budget is one of the most important informations in the register – every lobbyist should be obliged to declare it.

2. Non-commercial organisations obliged to give much more details about funders

At the same time, non-commercial organisations now have to give much more information about where their money comes from than commercial organisations. While ALTER-EU in principle supports the requirement that organisations should declare an annual budget and information regarding large donors, we see it as patently unfair that this provision does not apply to all kinds of organisations – it does not apply for example to trade associations or religious bodies. It is hart to understand why for example trade organisations don’t have to give any information about their funding sources. Member contributions can differ, and some might even exceed 10% of the budget (this is the threshold at which NGOs must make disclosures about their funders).

In the view of ALTER-EU and the 17 NGOs who have signed the letter:

- all legal entities should be required to give detailed information about biggest funding sources, not only some.

- all legal entities should be required to declare their annual lobby budget.

Both demands should apply independently from the status of the legal entity (commercial or uncommercial).

The commission has shown understanding for the concerns of the coalition. At the same time it has made clear that the alignment of the reporting requirements can only be made with the next official review of the IIA taking place at the latest 2 July 2025. This is a much too long period for these severe flaws. Civil society must make pressure for an earlier alignment.