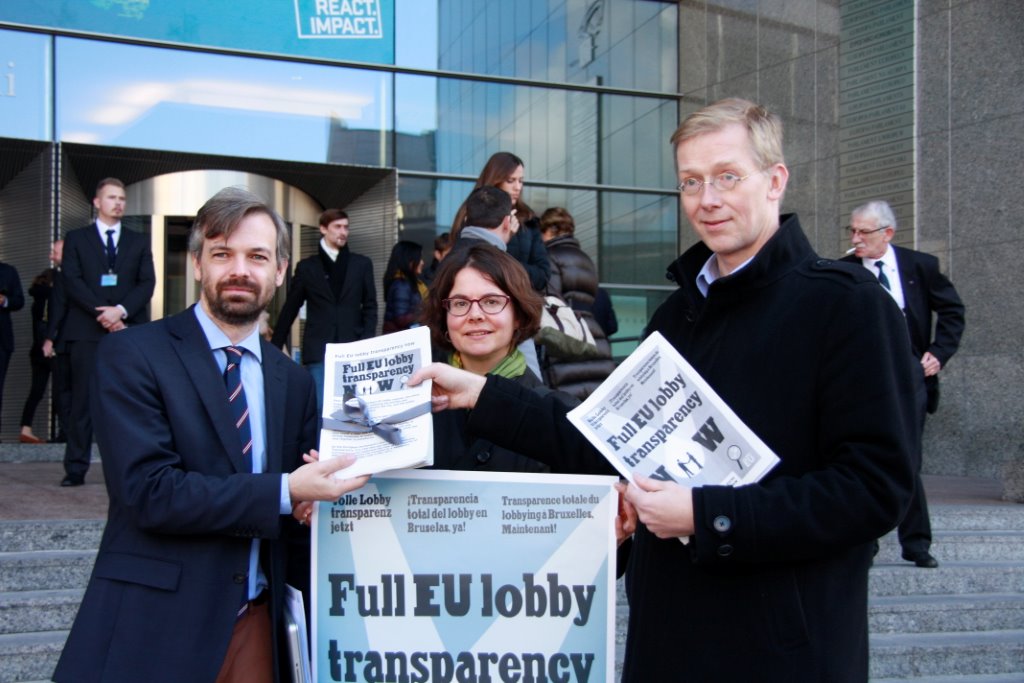 Flimsy excuses led to a half-hearted revision of the EU lobby transparency register in 2013. Soon the reform process will get a second chance and it is high time we reflect upon what went wrong last time so that we can learn from the mistakes, writes Martin Ehrenhauser, former MEP and a member of the 2013 high-level working group on the revision of the Transparency Register.

Politics is a tough business. One day you are in, and the next day you are out. After the last 'pseudo' reform of the EU transparency register in 2013 (which promised but failed to deliver substantial reform to the EU's regulation of lobbyists), many of us who were campaigning and working for fundamental reform, thought that we would not get another chance for several years. But then along came Jean-Claude Junker, the new President of the European Commission who, unexpectedly, put the topic back on the political agenda by promising to deliver a mandatory lobby register. I know that we should never say never, but if politics fails again this time, it really will be our last chance. So what can we do to enhance the lobby register reform process this time around? The answer is very simple: no more flimsy excuses!

Certainly the new process will need more time than we had in 2013. In total the previous inter-institutional high-level working group on the revision of the lobby register held nine meetings between July and December 2013. This schedule was far too tight and the lack of time was always an argument made against any ambitious proposals for reform. Sometimes it seemed that, for most of the members of the working group, it was more important to have a final, varnished press release before the European Parliament elections in May 2014, rather than a fundamental and sustainable revision of the rules regulating the EU's 20,000+ lobbyists. Too little time should not be an excuse this time around.

Real pressure on the Council

At beginning of the working group process, the German chairman, MEP Rainer Wieland and others mostly from the conservative side, tended to argue that if we went too far in strengthening the lobby register, we would miss our first priority, namely to bring the Council on board. And yet the effort and pressure from the European Parliament and the European Commission to convince the Council to join them and participate was actually very little. The Council sometimes sent an observer to the working group meetings but there was never a real debate with high representatives from that institution. With hindsight it seems that the Council's absence was always just the excuse for a weak review process, and the Council is still not part of the register! It is time to go all out to bring the Council on board.

Not the same discussion again

In addition, we should not waste time repeating the discussions held previously. It is obvious that a voluntary register with only weak incentives to encourage lobbyists to sign up will fail to deliver a register which gives a complete picture of lobbying of the EU institutions. Some major companies, lobby consultancies and many, many law firms that carry out EU lobbying are absent from the register. A mandatory, legally-binding register with clear incentives and a strong enforcement mechanism is needed. Last time, Maroš Šefčovič, the previous EU commissioner with responsibility for the lobby register always argued that incentives such as reducing opportunities for non-registered lobbyists to access the Commission are impossible to implement. Now, Jean Claude Juncker and Frans Timmermans, the new commissioner with responsibility for the register, have proved Šefčovič to be wrong by banning Commissioners and senior officials from meeting unregistered lobbyists. Of course this policy needs to be extended but it shows that there is no need to start from scratch. This is something to build upon. We need ambitious reforms which make it impossible for the unregistered to be active lobbyists; and concrete improvements to the register's disclosure requirements that improve both the quality and quantity of data provided.

Last time around, the missing willingness and participation of the Council appeared to be a good excuse for the working group members to sit back and relax. But what about the willingness and participation of the European Parliament? The 2013 working group had eleven members: ten MEPs and Maroš Šefčovič. I know from my own experience as an elected member, the agenda of a politician is full and hectic but it felt that many of the MEPs rarely showed up for the meetings and if they did, most were poorly prepared and had other priorities. Consequently, the discussions were mostly between the chairman Rainer Wieland, Maroš Šefčovič and two or three MEPs. Choosing the right MEPs for a new working group as well as a chairman who is interested in ambitious reform will be essential. The conservative Rainer Wieland was never unfair, but he always seemed to slow down the ambitions of others. The French socialist MEP Sylvie Guillaume is the current Vice-President of the European Parliament with responsibility for transparency issues and represents a gleam of hope in this area.

Finally, politicians who declare officially that they want more transparency and want to see the lobby register reformed but who demand to debate the issue behind closed doors are not to be trusted! There is no reason for a secretive process at all. The working group is not talking about security policy; they will discuss simple bureaucratic reforms. Last time, not a single document nor the information contained within, really required secrecy. No document should have been seen as confidential. I suspect that the only reason why so many of my former colleagues wanted a closed working group was because the gap between what they said behind the scenes and what they promised in public was sometimes huge.

Despite all these problems, the good thing is that we all get a second chance. And if the politicians in charge abandon all the flimsy excuses for the lack of action and ambition, there will be a real chance to implement long overdue changes to boost EU lobby transparency.